Swansea City claims that it has not received any bid for star forward OliMcBurnie. There had been reports that that Sheffield United had made a bid of around £10m for the Scottish international. 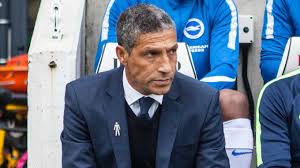 However, these suggestions have been dismissed by club sources who insist that the club has not received any fee for the forward.  The Welsh side remain confident of keeping McBurnie at the club this summer and insist there hasn’t yet been any concrete approach from any club this summer.

It’s understood that any potential transfer would involve a big offer for the club to release the 23-year old,

Swansea valuation is believed to be close to the £20m price tag reported over the weekend, although those close to the player insist he is settled in Liberty stadium and is not contemplating a move away.

Brighton and Hove Albion are another side to have been linked this summer, although a reunion with ex-Swans boss Graham Potter seems unlikely. The Seagulls front of goal last season and narrowly escaped relegation.

It is thought that the club could be willing to offer a sizeable for the forward as they look to live after the exit of Chris Hughton.

Swansea boss Steve Cooper already sees McBurnie as his main outlet for goals next season but is nevertheless keen on getting another forward option in to offer some support, with Courtney Baker-Richardson currently the only other recognized out-and-out striker on the books.

Cooper is most likely to dip into the loan market and search for free transfers for most of his signings this summer, with Swansea unlikely to offer a sizeable transfer kitty for the current transfer window.