Swansea City midfielder Flynn Downes is facing an uncertain future at the club on the back of transfer reports linking him with a move to Premier League outfit Leeds United. Downes has been one of the most important players in midfield for Swansea City manager Russell Martin this season. His impressive performances for the Swans have not gone unnoticed amongst the Premier League teams. 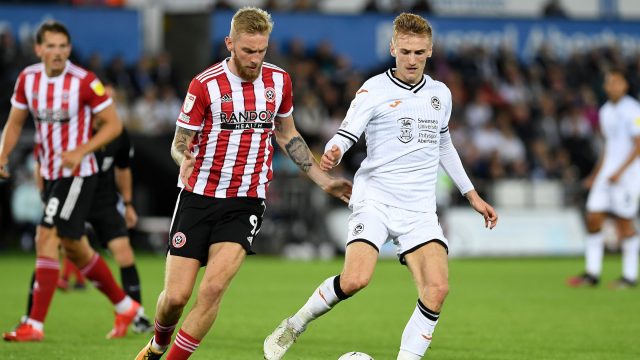 Downes was seriously linked with a move to Leeds United earlier this year, but the move didn’t happen. The transfer could still happen now that Leeds United are sure that they would be playing Premier League football rather than English Championship football next season. Leeds secured Premier League football for one more season at least after beating West London side Brentford 2-1 away from home in their final league game with all the goals coming in the second half. Wingers Jack Harrison and Raphinha scored the goals for Leeds United, while SergiCanos was the recipient of the Brentford goal.

Swansea City will almost certainly sell the 23-year-old if a sizeable transfer fee arrives from Leeds United or any other Premier League team.